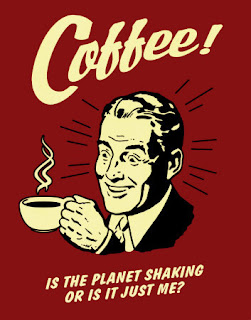 If you didn't already have enough reasons to go to Starbucks, China's Xinhua News Agency now reports that caffeine might protect you from skin cancer -- provided that you also exercise!

"The combined effects of exercise plus caffeine consumption may be able to ward off skin cancer, U.S. researchers reported Wednesday," according to the Xinhua News Agency. "The findings were presented at the American Association for Cancer Research Annual Meeting 2012, held in Chicago on March 31 - April 4.

"Positive effects were found with either caffeine or exercise alone, but to a lesser extent...."

I thought you might find this interesting. Healthline has compiled a list of the Effects of Caffeine on the Body in a visual graphic and I thought you and your readers would be interested in seeing the information.

You can check out the information at http://www.healthline.com/health/caffeine-effects-on-body We’ve had good feedback about the article and we think it will benefit your readers by giving them med-reviewed information in a visual way.

If you think this information is a good fit for your audience would you share it on your site, http://weeklyuniverse.blogspot.com/2012/04/caffeine-prevents-skin-cancer-if-you.html , or social media?

Let me know what you think and have a great week.