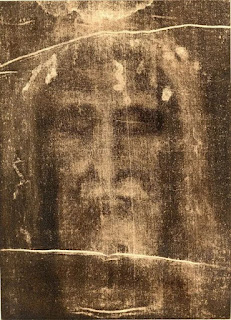 From The Western Journal:

New Discoveries on Shroud of Turin Directly Contradict 1988 Carbon Dating, Put It Roughly Around Judea Some 2,000 Years Ago

A new report finds the Shroud of Turin dates back to the era of the earthly ministry of Jesus, contradicting 1988 evidence that dated the cloth as being centuries newer.

A new scientific procedure says fabric in the shroud is about 2,000 years old, according to a Christian Broadcasting Network report last week.

The study also analyzed traces of pollen on the shroud.

“The pollen samples that were gathered they, a lot of them, are from plants that are native to not just the Middle East, but specifically the area around Judea, Palestine, and Syria and stay where it was in that time period,” said Brian Hyland, an exhibit curator at the Museum of the Bible, according to CBN. ...

British filmmaker David Rolfe said that in a new film, “Who Can He Be,”  his team produced a 3D image from data that was pulled from the fabric.

“We can see what I believe to be the body of the crucified Jesus in front of us,” he said, according to CBN.

“The only way that the image could’ve got on to that cloth is a miraculous one. A miracle that emanated from the body with unbelievable amounts of energy but within an infinitesimally short space of time,” he said.